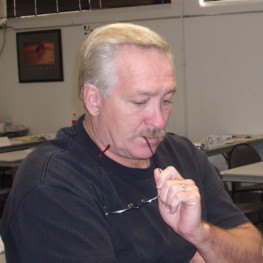 Alan “Boe” Bostjancic retired as a police sergeant after 30 years of service. During his tenure with the department, Boe worked in the Field Operations Bureau, Vice and Narcotics, and Detective Divisions. Boe was, also, the Executive Officer (XO) of the department’s 28 man Hostage Crisis Negotiation Team. As XO, Boe was responsible for training numerous local, state, and federal agencies such as the Central Intelligence Agency (CIA) and the Naval Criminal Investigative Services (NCIS). Boe works closely with the International Association of Hostage Negotiators, and he currently serves the organization as the Virginia Director.

As a police officer and sergeant, Boe received numerous awards and letters of commendations from his department and other agencies. A significant achievement was on June 16, 2011, when a special flag was flown over the George Bush Center for Intelligence building to commemorate his efforts in training agency officials.

Prior to joining the law enforcement field, Boe served honorably for eight years in the United States Marine Corps.